July 17, 2022
When Niantic was a startup in Google, Google Maps was leveraged along with crowdsourced data so that it was able to build the location-based app Field Trip and improved reality game Ingress, before being spun off last year. From that point, thanks to the success of Pokemon GO, the company became a household name, yet another location-based AR game. Now Google has leveraged its 3D mapping data, so that it could launch its experimental location-based game Verne: The Himalayas, for children.


Essentially the game lets users roam around the Himalayas alongside a 500’ Yeti called Verne. Available only to Android users, the game is available on Google Play for free. It was created using Google’s 3D Maps imagery, and usurers can explore the Himalayas as the character Verne, hang glide, run atop Mt. Everest, ride a jetpack, chase an argali goat, skate across icy lakes, bang a gong, etc. 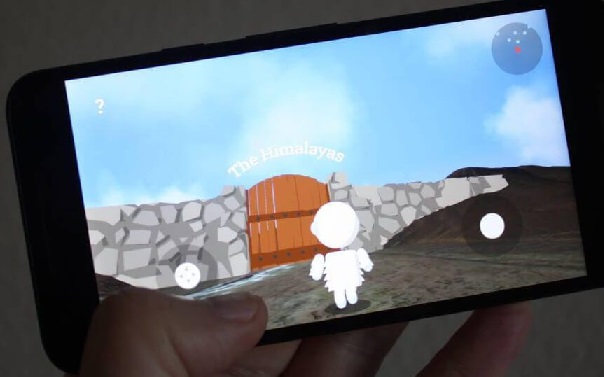 What is Verne: The Himalayas?

As Verne travels amongst landmarks, famous points, regions are highlighted within the app which helps give users a geography lesson. Few are privileged to explore the Himalayas, but this Google app brings an interactive experience of exploration to smartphones.

In the blog post that introduces the game, the Google Maps team said, “For years, Google Maps has been adding 3D imagery from all over the world – New York City, the Grand Canyon, Mont Blanc, and more. A few of us started wondering if this 3D imagery could make learning about the world a bit more fun for kids.
We started playing with quick prototypes, and even brainstormed with our own kids to get inspired by their sense of curiosity. Our idea became a new, experimental app called Verne: The Himalayas. [..] We’re excited to share it today as a fun way for anyone to take a summer trip to the tallest mountain range in the world.”

Are there more areas to explore?

Currently, the game just focuses on visiting the Himalayan region and learning about it, but it is expected that Google will release more games for other famous regions. Verne: The Himalyas app is 213MB in size and it will only work with Android 4.4 KitKat and above smartphones. There hasn’t been any word about if and when it will be available for iOS devices.

The Pokemon GO game was an instant success because of the famous Pokemon series recall value, and its interactive game play. In just one week the game was downloaded over 10 million times becoming the fastest such app to do so.
Games